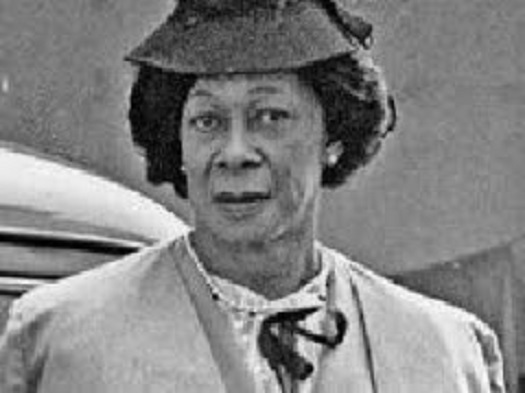 Lucy Hicks Anderson was a Black trans woman born in Waddy, Kentucky in 1886. She, like many of the people featured on this blog, does not appear in high school history textbooks, or even in most university textbooks either. Instead, her story comes to us through the work of people outside of the academy who work tirelessly to ensure that the histories of their own marginalized communities continue to be remembered and (re)told.

At a very young age, Lucy began wearing dresses and other items of clothing gendered as “women’s clothing” or “feminine clothing.” According to blogger and activist Monica Roberts (aka the TransGriot), an African-American trans woman, “[s]ince the transgender definition hadn’t been coined at that time to diagnose what was going on in [Lucy’s life], her mother took her to a physician who advised her to raise young Lucy as a girl” (Roberts, 2011). Lucy left high school at age fifteen and began working as a domestic worker, eventually leaving Kentucky for Texas. After working for a decade in a hotel, she met her first husband Clarence Hicks, whom she was married to from 1920 until their divorce in 1929.

After her first marriage, Lucy went on to own and operate a brothel, and eventually met her second husband Reuben Anderson. They married in 1944, but unfortunately it was this second marriage that caused her to encounter various legal problems. When it was discovered by a District Attorney that Lucy was not born “biologically female,” she was prosecuted for perjury based on there being no legal objections to the marriage, with the transantagonistic implication that her being a trans woman “should” have caused there to be a legal objection.

Lucy, in response to this obvious pile of hateful garbage, told reporters that she “def[ied] any doctor in the world to prove that I am not a woman. I have lived, dressed, acted just what I am, a woman.” After this initial set of legal problems, Lucy and her husband were convicted of fraud in 1946, as she had received allotment cheques from the American military as the wife of a U.S. soldier i.e., as the wife of Reuben Anderson. Unfortunately, Lucy and Reuben were tried and found guilty, with both being sent to prison. Once Lucy was released from prison, she went on to live in Los Angeles (because she was barred from returning to her previous home by the police commissioner) until her death in 1954.

Today’s post is dedicated to all of the QTPOC who lost their lives in the targeted hate crime shooting that took place in Orlando’s Pulse Nightclub on June 12, 2016. Lucy’s story is emblematic of the ways in which trans and gender non-conforming people have been legally and extra-legally persecuted in the United States, and of how despite this, they continue to resist, thrive, and survive.