Today’s Historical Hottie comes to us from Kaitlin, an MA History student who studies histories of immigration and ethnicity; class; and gender in 20th-century Canada. Here at Historical Hotties Blog, we want to make sure that there are more than just our two voices deciding on who we will feature each week. So look forward to more guest posts, and for now, enjoy what Kaitlin has wonderfully written up on Dr. Hilde L. Mosse: 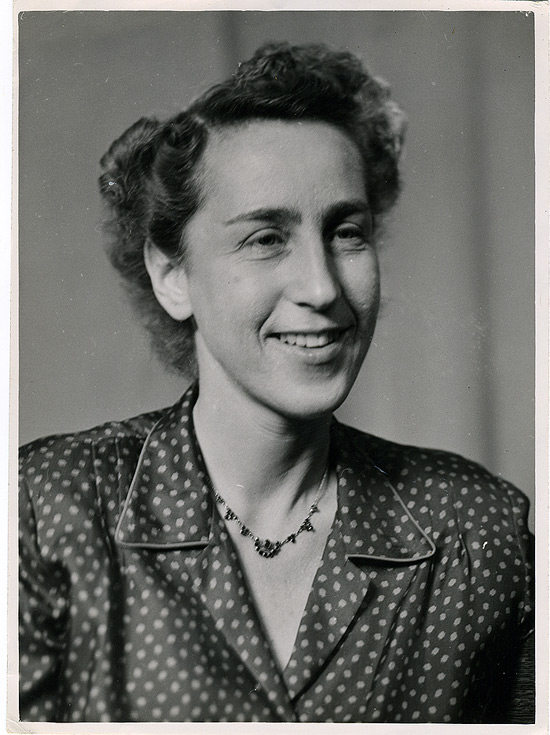 On Wednesday nights throughout the 1950s, you could find Hilde Mosse at 215 West 133rd Street, Harlem, New York. She served as head psyciatrist at the Lafargue Clinic, the first mental health clinic to offer accessible psychiatric services to the neighborhood. Harlem intellectuals Ralph Ellison and Richard Wright and émigré psychologist Frederic Wertham founded the clinic with a team of volunteers and community members to meet the psychiatric needs of the community. Mosse was one of many intellectuals, doctors, clergy, and artists who worked to establish a progressive model of mental health care as an “integral part of the struggle for racial equality in the United States in the early post-World War II-era.”* A refugee from Nazi Germany, who honed her commitment to social justice through close involvement with the sex reform movements of the Weimar Republic, Mosse volunteered her time at the clinic each week until its closure in 1959.

In writing a post on Hilde Mosse, I am turning some attention to one of the many European émigrés who fled persecution based on their heritage, profession, or political beliefs. I admire Mosse for her commitment to social justice in the face of adversity. Her activism recognized the interlocking relationships among institutional racism, structural violence, and medical practices. Mosse is hot for her courage to adapt and pursue her political convictions throughout her personal and professional life.

Born into a privileged Berlin family in 1913, Mosse fled from Europe to America in 1938. In the isolation of exile, she worked tirelessly to help her family, friends, and peers escape Nazi persecution. The courage and resilience of those touched by this history is outstanding. Though Mosse is not particularly unique amongst the countless stories of escape and survival in these years, she is unusual for her success in pursuing her commitments to the “social and political ideals she had gained from volunteer work in a Berlin working-class district and the left-wing anti-fascist struggle.”** Though many historians argue that the spirit of Weimar Reform died with the rise of National Socialism in Germany, Mosse’s investment in the Lafargue Clinic is one case where it carried on in exile.

In the aftermath of World War II, Black Americans were outspoken of the irony of fighting white supremacy abroad while living in an apartheid America. Harlem residents who had recently migrated from the South faced segregated housing and forced slum conditions in their new Northern homes; conditions which adversely affected their mental health. Harlem intellectuals and community members looked to psychiatry as a tool to alleviate the psychological brutality of living in an unequal society. This reality was recognized by the clinic’s blend of psychological traditions with pragmatic solutions to best meet their clients’ needs. It was a collaborative project between experts and residents in a quest for racial justice.

After the clinic’s closure in 1949, Mosse went on to work in the field of child psychology. She maintained close ties with the director, Frederic Wertham, and helped him prepare evidence of the harms of segregated schooling. Recently, Mosse’s niece remembered,

“One of Hilde’s proudest moments was when a special letter was received by the Lafargue Clinic from the head of the NAACP Legal and Educational Defense Fund, Thurgood Marshall, future Associate Justice of the US Supreme Court. The letter thanked Lafargue for their assistance with the landmark case, Brown v. Board of Education.” *** 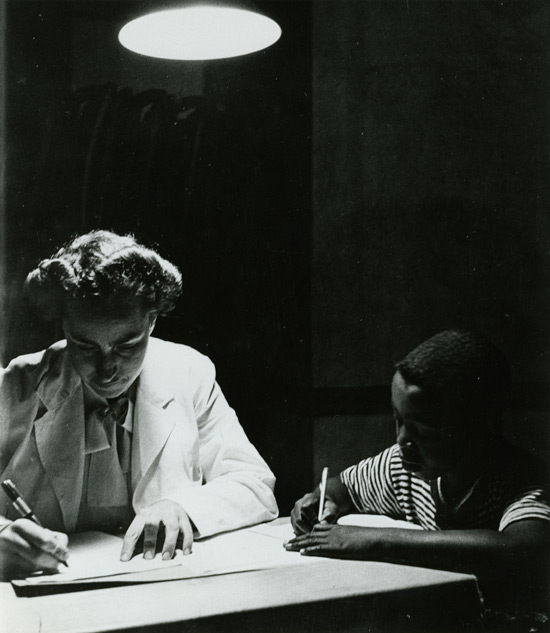 Mosse’s privileged upbringing helped her throughout her life. It allowed her the best schooling and medical training, skills that carried over and helped her in America. Her English language skills, for example, helped her secure a teaching job upon first arrival. Though overqualified for the position, it was an opportunity that eluded many émigré health professionals. Despite this privilege, she faced the destruction of her life in Germany and met the challenges of rebuilding in a foreign country. Throughout these hardships, she maintained her political convictions and belief that society should be made more just through social actions. Mosse was one of the volunteers who made the Lafargue Clinic possible; recognizing her as a historical hottie is a reiteration of the importance of the communities and collaborations in enacting—through collective effort and perseverance—social change.

* Gabriel N. Mendes, Under the Strain of Color: Harlem’s Lafargue Clinic and the Promise of an Antiracist Psychiatry (Cornell University Press: 2015), 4.

Mendes, Gabriel N. Under the Strain of Color: Harlem’s Lafargue Clinic and the Promise of an Antiracist Psychiatry. Cornell University Press, 2015.

Stewart, Catherine A. “Crazy for this Democracy”: Postwar Psychoanalysis, African American Blues Narratives, and the Lafargue Clinic.” American Quarterly 65, no.2 (2013): 371 – 395.