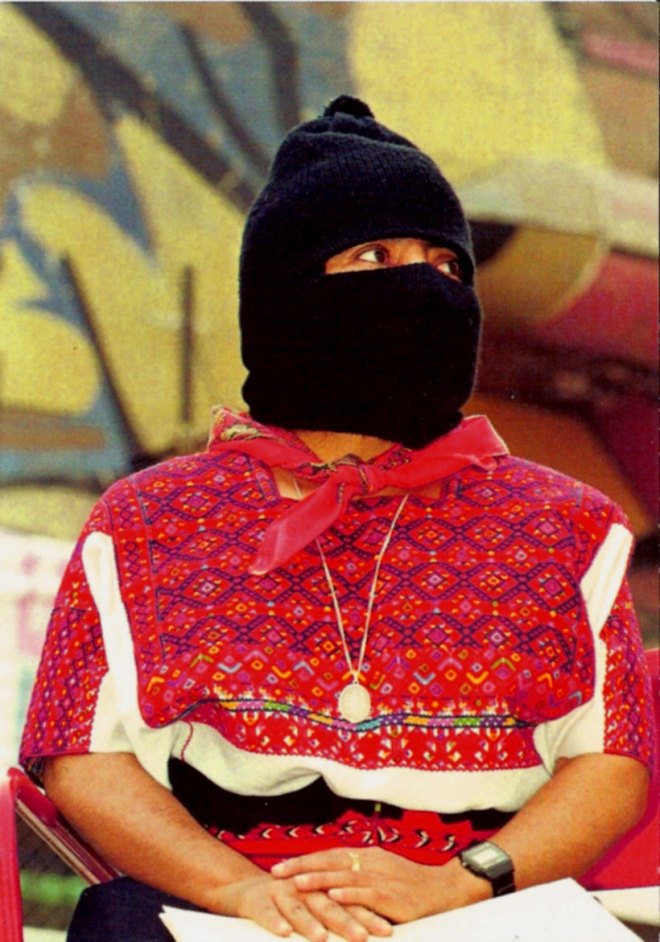 [A photograph of la Comandanta Ramona, taken by Heriberto Rodriguez]

What is the line between the past and present? And what is the difference between history and the past? These are questions that often plague academic historians and broader students of history, especially when prompted by the question “what is history?” Today’s post – the first of 2016 – does not attempt to answer any of these questions, but instead attempts to infuse our understandings of the rebellious, radical, and revolutionary people whom we look up to here at Historical Hotties with them. Often times, these questions are brushed off as purely theoretical, as not worth the time of “real” historians that study a “real past.” This is where La Comandanta Ramona comes in.

La Comandanta Ramona was an essential leader in the Ejército Zapatista de Liberación Nacional (EZLN) – often referred to as Zapatistas – until her untimely death in 2006. Born in Chiapas, México in 1959, La Comandanta Ramona was an Indigenous Tzotzil woman who fought with the Zapatistas against capitalism and continuing colonialism in México as perpetrated by the state and corporations. As quoted in La Jornada upon her death in 2006 from cancer, Ramona “era uno de los símbolos más emblemáticos del EZLN,” with her small stature, her traditional clothing, and her covered face becoming one of the images that come to mind in relation to the EZLN. Ramona was highly involved in the social struggle in the 1980s in Chiapas, fighting for the rights of Indigenous women to education and healthcare, and for Indigenous women’s artisanal skills to be respected by broader society. Together with la Mayor Ana María, Ramona helped to draft la Ley Revolucionaria de Mujeres in the early 1990s. Ramona was critical to el Comité Clandestino Revolucionario Indígena, which was what helped the armed insurrection of January 1, 1994 that led to the capture of San Cristóbal. Ramona then participated in the important diálogos de la catedral de San Cristóbal with the emissaries of the Salinas Government.

Ramona – and the EZLN more broadly – elicits us to pick apart the demarcations of past/present. We must contextualize these struggles in a much longer history that begins in 1492, and yet also contextualize them in the present as the effects of centuries old colonialism, genocide, exploitation, racism, and patriarchy all intermingle to create our present realities. The EZLN has made these connections central to their struggles, as illustrated in their comunicados. Furthermore, Indigenous Peoples are often relegated to “the past” in the settler colonial imagination. As historians and students of history, it is our responsibility to fight against this racist and colonial narrative from both within and outside the academy.

Ramona passed away in 2006 – is this the past or present? For those of us that feel as though 2000 was just yesterday, 2006 feels like it is still “the present.” 1994 was within many of our lifetimes – is this the past or present? The EZLN continues to fight, their struggle is not over as their 22nd anniversary comunicado from January 1, 2016 attests. Yet histories are already being written about them. La Comandanta Ramona is someone whose life, struggles, and history is still very, very fresh. Her radical defense of her community, her people, and her own humanity in the face of colonialism, patriarchy, and capitalism are worthy of more than just applause. Ramona is demonstrative of how the past is never over, of how it continues to inform our present, and of how we are always engaging in the politics of memory.